The story of Sampha in 7 songs | Features - Music Crowns
0

Last night, Sampha deservedly picked up the Mercury Prize for his debut full length album, Process, which came out early this year. It’s been a long road for Sampha to get to this point, as many will know, seeing as his voice seems to have been floating in the ether on such a wide variety of releases going back years. If you were to follow Sampha’s path through his various musical releases, productions and features, you could spend a whole afternoon bathed in that smooth and sultry voice. However, if you don’t have time to dig that deep, here are 7 songs that tell the story of Sampha.

Sampha’s debut EP, Sundanza, on Young Turks came out in 2010, and from the photo of his childhood self on the cover, it shows the artist in a fledgeling state. ‘Rainstars’ is a highlight from the collection and shows off his abilities with layering pianos and other production techniques. It also seems that he’s shy to show off that wonderful falsetto of his, remaining mainly in his lower register throughout.

Surely, the moment when Sampha’s voice truly started to creep into the public consciousness was on his three fantastic appearances on SBTRKT’s self-titled debut album in 2011. His contributions to the album became so intrinsic to SBTRKT’s sound that people naturally assumed that he was a permanent member. Of the three features from SBTRKT, ‘Trials Of The Past’ is probably the standout, with Sampha expertly sashaying his way around SBTRKT’s low throbbing bass and heady electronics. This leads into an impassioned and irresistible chorus that utilises his voice perfectly to evoke the images of haunting memories.

Sampha’s second solo release was another EP, Dual, released in 2013. By this point his star had risen enough to give him more confidence, and throughout the 6-track collection you can start to hear the artist we know and love today. This is most evident on the closing track, ‘Can’t Get Close’, which, like much of his best work, seems to take cues from songs of praise and spiritual sources. Over a bed of multi-tracked vocals, Sampha nods to his parents and then laments his inability to connect with someone he’s desperate not to lose. It opens up a chasm of sadness inside the listener – something he’s been able to do time and time again over the years.

Having already got features with SBTRKT and Jessie Ware under his belt, Sampha found himself getting a call from rap superstar Drake, and he couldn’t exactly say no to that. His contribution to ‘Too Much’ is so simple yet captivating that fans demanded that he release a solo version of it – which he eventually did. But it’s nice to hear him trading off somber sentiments between personal verses from the Toronto rapper, each adding an even deeper level of humanity to the other’s words.

The next few years were relatively quiet for Sampha; he spent some time producing for the likes of FKA Twigs and did some features with Katy B and Bullion, but much of his time was spent tending to his mother, whose cancer had returned.

Sampha came exploding back on to the scene in 2016 with his feature on ‘Don’t Touch My Hair’, a stand-out from Solange’s world-conquering third album A Seat At The Table. In the sublimely understated song he slides into the chorus accompanied by a wash of gauzy brass, adding depth to his simple, passively confrontational singing. He slots in comfortably next to Solange, so much so that this surely can’t be the last time we hear these two together on a song.

After literally half a decade of waiting, towards the end of 2016 Sampha finally announced that he would be bringing out an album in early 2017 called Process. With the announcement came the blazing single ‘Blood On Me’, which presented Sampha in a way we’d never heard him before. Fierce and forceful, atop a propulsive, knocking beat his images tumble out in a flurry of emotion. This all builds builds to a truly totemic chorus, where perhaps for the first time we heard the full force of Sampha at the height of his power and confidence.

Perhaps the key track from Process, his debut album, is the most stripped down and personal. ‘(No One Knows Me) Like The Piano’ places Sampha in his mother’s house, learning to love and play music at the piano bench. The song’s musical simplicity perfectly accentuates Sampha’s tale of growth and self-discovery. It’s likely that the Mercury panel had already decided the winner before his performance last night, but his stirring rendition of this song at the ceremony surely convinced any who were on the fence beforehand that he was the rightful winner this year. 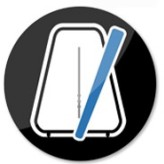