City Tonight is choc-full of fuzzy 80s nostalgia that balances the best of pop and synthwave influences.

Instigated as a solo studio project by lead singer/songwriter Ed Sweet, Electric Sol unveiled their eponymous first release in 2016. Since that time, the quirky group of self-professed nerds have created an intricate and catchy blend of influences, with nods to the likes of Miami Horror, Penguin Prison and Passion Pit.

These influences were abundant on 2020 release Accept Me, produced by Grammy-nominated Dapo Torimiro (Justin Bieber, John Legend). Following on from Accept Me, Electric Sol’s new EP, City Tonight shines with a throwback, synth-laden brand of pop. The collection is awash with dusky, disco vibes and mesmerizing hooks. Talented emerging California producer Secret Attraction shines behind the controls of the new EP, out now worldwide. 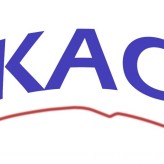