Get to know Nikola Tefov aka ‘NT Beats’ 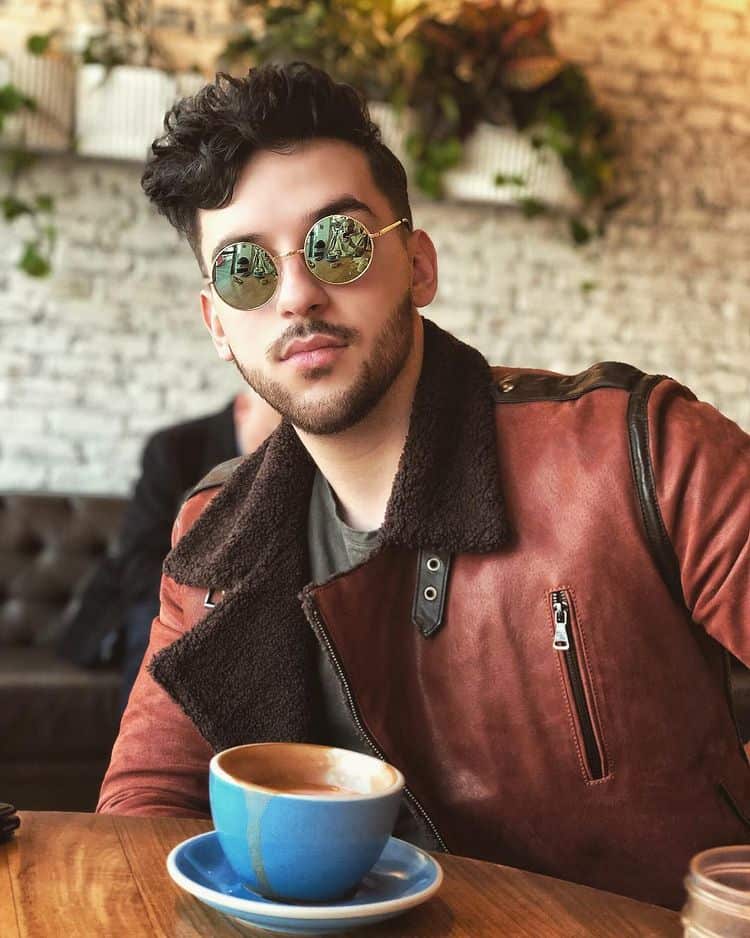 Nikola Tefov, a rising artist/producer, could be on the edge of something remarkable because of his increasing fame in the hip hop and pop scene.

This artist/producer is establishing itself further within the industry as new rumours suggesting new projects in the pipeline, including the response and the traction received in his latest musical projects.

Spotlighting his talent with catchy, bouncy, relatable bass-heavy hip hop tracks which have quickly secured a place in his listeners playlists and hearts. His name is derived from his initials NT (Nikola Tefov). He believes that music is the only thing in his world that has no borders/limits and he can freely express himself. In contrast to the modern world, where people are required to separate, identify with hundreds of labels and forced to fit in standards.

“Everybody should be completely free, no matter your skin colour, nationality, race or religion.” – NT (Nikola Tefov).

He has succeeded so far in creating his own record label ‘NT Music‘. He presents excellent music in genres such as trap, pop, EDM, hip hop, alternative pop with a current twist, sensible subjects and with the highest level of production quality possible.

In the past he ghost-produced for several platinum artists and producers which he stated he was not proud of. But because this subject was so sensitive, he did not want to comment on it anymore.

INTERVIEW
MC: Tell us a bit about yourself and where you’re from, for people who don’t know you and your music.
NT: I’m a multi-instrumentalist/singer/rapper/producer. Music, art, and life, that’s what I love.
I’m from Macedonia originally. But I don’t want to be put in a box like I said previously, so far I’ve been living in several countries. I live currently in the USA, where it seems to me that you have the greatest opportunity to make a mark in the world and change it for the better.

And this one for the UK listeners, a drill beat:

MC: Who motivated you to begin your musical career?
NT: Ohhh… Many people actually inspired my music, however, I suppose I have some honourable mentions: Eminem, Bob Marley, 50 cent, Ed Sheeran, 2Pac, and Justin Bieber. Dr Dre, Timbaland really got me into songwriting and audio production stuff.

In addition, I have to mention Dime Tefov, my father, who played an important role early in my career in music. He introduced me to some of the best musicians, such as Bob Dylan, Pink Floyd, Eric Clapton, Led Zeppelin, Michael Jackson, and many others.

MC: Who are your greatest influences in music?
NT: The biggest musical influences will definitely be from Dr Dre and Ed Sheeran. I’m motivated and aspire to achieve as much as they did. My style and genres are really similar to theirs so I am glad I have someone to look up to. We share the same stories and write similar music. For that, I’m grateful.

MC: Tell us about the writing and recording process for your new upcoming album…
NT: I never think about the final product. I’m relaxed and never rushed. If there is an emotion, I will write, if not, I will just create a beat or do a guitar jam. My ambition is to create exceptional mainstream music. I don’t think the current one is terrible, but it is less relatable and genuine to the fans. After all, I’m creating music for myself. It’s just who I am.

MC: How does the recording process go when you’re working on a song? Do you have a studio at home?
NT: At the moment, I also own and manage a marketing firm called www.JustGetKnown.com, which pays the majority of my bills and day-to-day expenses. But, yes, I do have a small home studio where I record the majority of my work, but I also record in some of the major label studios I have connections with. As I previously stated, songwriting comes naturally to me, but I want to keep my primary focus on the track’s sound quality and audio production. With each new track, I do get better.

MC: What was the biggest highlight of your career up to now?
NT: So far, I think my biggest career highlight has been starting my own record label and turning
down many major record label deals, lol. And staying away from ghost-producing and ghost-writing. Working with artists from Columbia, Def Jam, Atlantic Records, etc.

MC: What are you listening to right now? What songs are on your playlist?
NT: I’m currently working on a lot of my own projects, thus my playlist is mostly made up of my own demos. Here and then, you will find some tunes from the artists I mentioned before, but I also enjoy some tracks from Hip Hop Artists like Joyner Lucas, Lil Baby, KSI, and The Kid Laroi. Also included are pop songs by Ed Sheeran, Justin Bieber, Shawn Mendez, The Weekend, Charlie Puth, John Mayer, and others.** For now, my top three tracks are: ‘Bad Habits’ by Ed Sheeran, ‘Save Your Tears’ by The Weeknd & ‘Peaches’ by Justin Bieber.

MC: How do you keep yourself busy these days? How’s quarantine treating you?
NT: I feel better knowing that my friends are also home, bored. Recently I spent time watching many documentaries, TV series, and sci-fi movies. I finished production on 2-3 tracks and I still do my work shift as I work online. Also, I read a lot of books about self-improvement, spirituality and I do exercise regularly. For now, quarantine fits me. The only thing I miss is my family. Hopefully, I’ll be able to see them soon!

MC: When will we be able to see you live?
NT: At the time, nowhere, hahhaha…Alternatively, I want to live-stream on my YouTube channel or Facebook page. Make sure to look for me there; I’ll most likely be doing a show there shortly.

MC: In five years today, where do you see yourself?
NT: I value and respect the present moment because it contains infinite power. “Power of Now” by Eckhart Tolle was one of the best books I’ve ever read; I’m grateful for it and would suggest it to anyone. I just want to remain creative and do what I’m doing today. I have goals but I don’t let them distract me from what is most important, using the shit out of the present moment. Ultimately my goal is to change the world for the better. You can see this on all of my platforms. “Together we can build a better new world!” – Nikola Tefov
That’s all. 🙂