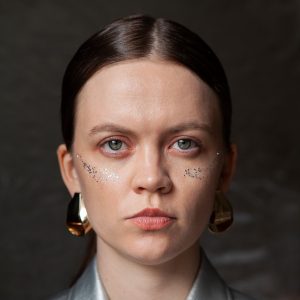 Following in line with the dark and ethereal soundscape Maud has successfully concocted thus far through the releases of ‘Bad Things’, ‘Baby Girl’ and ‘Alone Together’ from her forthcoming debut album, this potent producer is back with her latest single, ‘Nobody’. Brewing with discontent, armed with self assurance and laced with witty lyricism, this track is an empowering gesture of self-love and defiance. Having seen Maud’s discography follow a path of character growth, we have arrived in line with Maud’s revelation.

With a dreamy and organic video made by Danish video-artist, Signe Dige, Maud’s love for aesthetics is shown through the DIY style video. Signe states,

“While creating the music video for ‘Nobody’ I was inspired by the raw and graphic style of the early 00s and transferred them to a digital patchwork. The process of making this video was the similar to when you would cut out pictures from a magazine as a child and make collages for your room. In this way the music video for ‘Nobody’ should act as an altar for self-love”

“The idea behind the video was to portray the intimate and sincere self-love described in ‘Nobody’ by combining playful close-ups of me in a dark and surreal visual landscape. I shot some videos on my phone in my apartment in Kristiansand, sent it to Signe in Denmark and then she edited it together with some crazy good animations!” 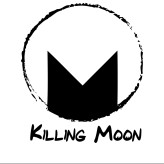