On a cold, wet Saturday night in the middle of a pandemic, dozens of cars arrive at American Legion Post 82 in East Nashville. Starved for live music, everyone quickly shuffles in through the front doors and out of the rain. Revelry is about to take the stage.

The country rockers step into the limelight with an unruly, vintage swagger. The second they take their places, the crowd goes wild, and the band tears in right away with their original song ‘Tore Up.’ Confident, singer Zack Montgomery works the stage like an experienced pro, beckoning the audience to come jam out. Making good use of his space, Montgomery interacts with the rest of the band, bouncing back and forth from member to member. He draws the crowd’s eyes where he wants them, and when he returns to center stage, he puts his foot up on the wedge and continues to be visually engaging even when stationary. When Montogomery picks up his acoustic guitar, he does not work the stage nearly as much, but the crowd appreciates seeing his versatility.

Guitarist Redd Howell and bassist Dane Lovvorn stand off to the right while guitarist J Whorley occupies stage left. With thunderous harmonies, the entire band offers Montgomery the necessary support during the choruses, creating a full, robust sound that is unique and rare amongst rock groups. The gang vocals are executed with precision, and they add an intensity that is crucial to Revelry’s sound. The rich tone of Lovvorn’s Fender Jazz Bass drives the band, and when paired with the nasty leads played by Howell and Whorley, they make for a foundation that brings life and raw energy to the performance. Drummer Lucas Vincent holds down a tight groove, and the band is steady in time. The slide guitar really fills out the sound; it gives the music its own Southern rock flavor, really tying the whole picture together. The whole band moves with the music, and nobody ever appears bored or lifeless. At any given moment, each member is making the most of his space, painting a picture of expertise and careful coordination. 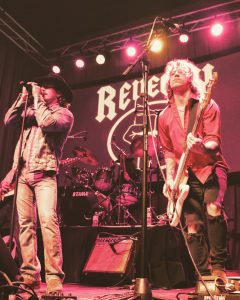 In addition to giving a quality performance, Revelry looks the part. The guys dress like real rock ‘n’ rollers — if it were captured on low resolution footage, this could easily pass as a show right out of 1975. The guitarists’ Gibson SG and Firebird combo keeps the image authentic, and the Fender Jazz Bass completes the picture. This is important to mention because it showcases the great lengths this band goes to in order to cement their classic and timeless vibe. Before the band is even plugged in, the audience is already hearing the music with their eyes. The aesthetic has a powerful and profound impact on the way the band is perceived.

Revelry’s new single ‘Dirty,’ the crowning attraction of this performance, could not have been more true to the original studio recording. Far beyond the trial-and-error stages, it was clear that the song had been well-rehearsed. Even the crowd members who had not heard the song previously were mouthing the words by the second chorus. Sealing the deal with the Allman Brothers’ ‘One Way Out,’ Revelry proves their cultured sense of style. Even when put to the test of this classic masterpiece, Revelry did not disappoint. Montgomery nailed Gregg Allman’s distinct vocals with such accuracy that one could’ve closed their eyes and not been able to tell that this was a cover. The rest of the band played along as if they had written the song themselves, and it was plain that each member was confident every step of the way.

All in all, Revelry was put on a show that was tight and engaging from start to finish. They played their music to an audience that was happy to hear them, and they managed to keep the room crackling with life. Half the crowd was dancing in front of the stage by the midpoint of the performance, and their excitement spoke volumes. Nothing is more revealing than the energy a band gives its audience, and there wasn’t a soul in the room that seemed ready to leave. This band is a sight to behold. When Revelry is on stage, you get what you came for. 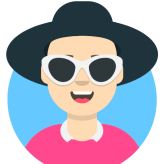 Alex Mae is an accomplished journalist and PR specialist. In addition to freelancing for Stars and Guitars and Music Update Central, she is a coveted writer of artist biographies and marketing content. The NYC native works for Publicity Nation PR, a public relations firm serving rock, pop, R&B, indie, alternative and country/Americana clientele. Her passion for the written word has won her esteem and respect from her colleagues.