Drake’s microphone was cut off at the 2019 Grammys tonight (10th February) as he was in the middle of delivering an acceptance speech.

The Canadian rapper won the Grammy for Best Rap Song with ‘God’s Plan’ beating favourites such as Travis Scott‘s ‘SICKO MODE’ and the Kendrick Lamar/Jay Rock/James Blake/Future powerhouse ‘King’s Dead,’ and in his acceptance speech, Drake took a surprising turn.

“We play in an opinion-based sport, not a factual-based sport,” Drake said during his speech. “The point is you’ve already won if you have people who are singing your songs word for word, if you’re a hero in your hometown. Look, if there’s people who have regular jobs who are coming out in the rain and snow, spending money to buy tickets to your shows, you don’t need this right here. You already won.”
Then the TV broadcast cut to adverts while those in the arena have also reported the sound from his microphone was also cut in the venue.

The Grammys had this to say via Variety: “During Drake’s speech, there was a natural pause and at that moment the producers did assume that he was done and then cut to commercial,” said Sunshine Sachs’ Michael Samonte. “However the producers did speak with Drake following his speech and did offer him to come back on stage to finish whatever his thoughts were. But Drake said he was happy with what he said and didn’t have anything to add.” 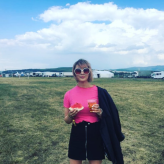