Sananda Maitreya – The Rise Of The Zugebrian Time Lords 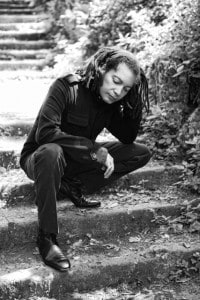 He began his career as Terence Trent D’Arby, and now as Sananda Maitreya, the multi platinum selling artist presents his brand new double album, “THE RISE OF THE ZUGEBRIAN TIME LORDS” available from October 9th, 2015 via TreeHouse Publishing.

The new album represents the new journey in Post Millennium Rock, the music genre Sananda created to define his new music, a mix of various styles that are very close to his heart.

Written, performed, produced and arranged by Sananda, “THE RISE OF THE ZUGEBRIAN TIME LORDS” , is his 10th studio album, and was recorded at his studios in Milan, Italy, where he has has lived for many years. The double album contains 27 songs; 23 new compositions, and 4 covers (3 of which by The Beatles).

“THE RISE OF THE ZUGEBRIAN TIME LORDS” is a concept album that continues the journey of the previous studio albums, especially it is connected to the previous work called “RETURN TO ZOOATHALON” (2013) in which Sananda illustrates an idillic and symbolic place that floats in between the real world and everybody’s imagination.

In this world, the rise of Supernatural Entities that control the Space and dominate the World prevails, these entities are called Zugebrian (and they are a bad force). Being effectively The Time Lords means that they have the power to destroy the past and your memories without allowing you to be able to leave your contribution into the world. This will cause to all future generations a feeling of disorientation and a loss of identity. By controlling your time, the Zugebrian have full control of  all your life: your present, your past and your future and it is very hard to escape. Without the past, the future is in a limbo.

The Zugebrian severely punish those who try to escape and all the people who can change the course of history, as they easily can go back in time (“They Went Back In Time & Killed Robert Johnson “) and kill a famous American blues singer and guitarist lived at the beginning of 1900 who had disappeared under mysterious circumstances.

Trying to find a way to free the soul is something that goes through all minds and memories.

The songs that are familiar to us do represent a memory, which is used to confront us with what has been and with what can really help us to get free from slavery.

This is why, Sananda in this project has covered three songs of the Beatles (“You’re Going To Loose That Girl,” If I Fell”, “I’ll Be Back”). These songs represent a strong connection with the happy memories of his childhoood, as well as a tribute and an homage to the celebrated and beloved Fab Four, who he idolizes.

What is certain is that everything makes us reconnect with the meaning and the sense of Time, and inevitably this is something we have all to deal with, sooner or later in our journey.

Life is made up of phases, seasons and we all come to a point where we wonder if the time we do have left will be enough to realize all our dreams, or if the time we have already lived has been spent in the right way.

Sananda Maitreya was born in New York USA 15 March 1962.  He is a multi-instrumentalist, a producer and arranger and Music has always been the soundtrack of his life.

Multi platinum artist, since his early career Sananda has personally written arranged and produced all his music and has also collaborated with major artists and producers.

He began his career as Terence Trent D’Arby, at the age of 33 he changed his name to Sananda Maitreya, who since 2001 is both his artistic and legal name. Since the late ‘90 he has been one of the forerunners of the digital revolution of music. His music is called Post Millennium Rock: which is the perfect blend of the artist’s favourite genres, such as Opera, Country, Classical, Jazz, Blues, Gospel, Reggae, Pop and Rock