7 of the best anti-nuclear war songs 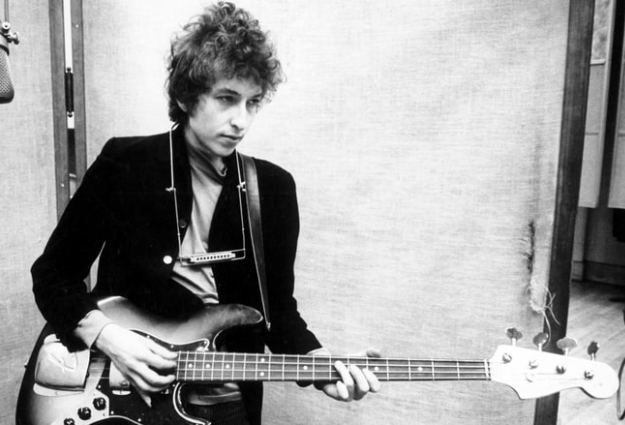 In a week where President Trump and his staff’s comments towards North Korea have made us all feel a little uneasy, we’re thankful for the tonic that is good music. Intelligent minds, tackling the horrific prospect of World War III head on; with anger, fear, or a poetic beauty – whichever it is, it makes us feel better to know that the majority of people in the world don’t want it to end. Here are 7 of the best songs that tackle the prospect of nuclear fall out in different ways.

We couldn’t have this list without the granddaddy of protest songs, Bob Dylan, and his particularly pointed diatribe against the build up of a America and Russia’s nuclear arsenals during the cold war: ‘Masters Of War’. Setting his steely gaze straight at world leaders, in a way that not many have done since, he states: “A world war can be won you want me to believe/ but I see through your eyes and I see through your brain.” It’s the kind of song that would stop anyone with half a conscience in their tracks.

Orchestral Manoeuvres In The Dark‘s deliriously catchy 80s pop song ‘Enola Gay‘ never seems like an anti-war song, purely because of its utter danceability; but digging deeper reveals a much darker mind at play. Named after the mother of the pilot that dropped the bomb on Hiroshima, ‘Enola Gay’ is a harrowing reminder that at the end of the day huge levels of destruction come down to the actions of a single human – and it could all so easily be avoided, with a little bit of conscience.

On ‘Everyday Is Like Sunday‘, the classic single from his debut solo album Bona Drag, Morrissey takes a typically sardonic look at the onset of nuclear war. At one point begging for destruction – “come Armageddon! Come!” – while also painting the haunting picture of the loneliness of the post-nuclear war atmosphere: “every day is silent and grey.” Perhaps the most eerie of images is the one he leaves us with: “Trudging over pebbles and sand/ a strange dust lands on your hands/ and on your face”; a sinister debris falling unbidden from the sky, from the inestimable damage all around.

Jamiroquai – ‘Too Young To Die’

In the face of assured Armageddon, all you can hold on to is the life you still have left in you; your youth and your desire to keep the party going for as long as possible. Jamiroquai’s immortal ‘Too Young To Die’ encapsulates that feeling of dancing on the edge of destruction, heedlessly twirling onwards with Jay Kay singing wordlessly, carefree. It’s not without a certain edge of anger though, as he takes aim at those in charge: “I wish you knew you made people cry/ so politicians/ this time I think you’d better keep your distance.” We know who certainly won’t be on the guestlist for Jamiroquai’s End Of The World party.

Sometimes all it takes is a very simple verse to get your important point across. In 2002 Yo La Tengo released the Nuclear War EP; four versions of the same track (a cover of Sun Ra), ranging from 6 to 15 minutes with the same four lines: “Talkin’ about nuclear war /it’s a motherfucker don’t you know/ if they push the button/ your ass gotta go.” Although a basic message, they obviously felt it was important enough to repeat again and again, in a variety of styles from garage rock to jazz – and the message remains just as pertinent each time.

The Postal Service – ‘We Will Become Silhouettes’

The Postal Service’s sole album Give Up was a smattering of deep-running emotions combined with glistening electronica, belying the gravity of what was being sung. This was never more true than on ‘We Will Become Silhouettes’, in which Ben Gibbard sings of the ubiquitous fear of life after nuclear fallout: “all the news reports recommend that I stay indoors/ because the air outside will make our cells/ divide at an alarming rate until our shells/ can simply not hold our insides in.” The ultimate message is one of equal terror and bliss: “we will become silhouettes when our bodies finally go.”

Often obtuse in his lyricism, Thom Yorke couldn’t be any clearer on this b-side from Radiohead‘s In Rainbows. On ‘4 Minute Warning’ he embodies someone in the middle of a nuclear attack: “running from the bombers/ hiding in the forest/ running in the field/ lying flat on the ground.” The titular ‘4 Minute Warning‘ refers to the amount of time you’d have between the air raid alarm going off and the bomb hitting the surface. It’s a pretty harrowing tale amidst a song that is beguilingly serene – kind of like the moments just before the impact of a nuclear bomb. 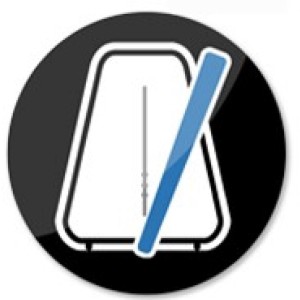