Aretha Franklin is a soul icon. Her career as a singer, songwriter and performer has spanned decades. From singing gospel in her father’s church to becoming a chart-topping sensation, she has not only won a total of eighteen Grammys but was the first woman to be inducted to the Rock & Roll Hall Of Fame in 1987. She has rightfully earned the title the Queen of Soul.

Join us while we celebrate Franklin‘s incredible life and career so far by looking at her seven most stunning moments. From her early days performing piano ballads on talk shows to wowing famous guests with her stunning vocals, Franklin has always had an intense performance style that remains unrivalled.

This incredible performance of ‘Won’t be long’, taken from her first secular album, ‘Aretha: With The Ray Bryant Combo’, was one of her first live television appearances. When the American public heard her gorgeous, skin tingling vocals, it was clear that a star had been unearthed.

This Otis Redding-penned soul classic rightfully became an overnight hit. In Franklin‘s hands, it became a declaration of female empowerment and acted as an anthem for both civil rights and feminist movements. This performance in Amsterdam not only exposed Aretha’s incredible range but also how her passionate performance could throw any crowd into a frenzy.

‘You Make Me Feel Like A Natural Woman’ – Kennedy Centre Honors, 2015

This performance has gained a certain notoriety and will forever be known as the time that Aretha Franklin brought President Barack Obama to tears. Franklin is rare in her ability to create such intense emotion with her voice alone.

She even throws her coat to the floor at the end as she loses herself in the euphoria of the song’s climax. There really is no performer quite like her.

This rare rendition of a gospel standard, ‘Take My Hand, Precious Lord’ is simultaneously heartbreaking and beautiful. As a longtime friend of her father, Franklin had known Martin Luther King for years, so for Franklin, it was not only the death of an important freedom fighter but the loss of a friend. This one leaves you breathless, like a punch in the stomach.

‘Rolling In The Deep/Ain’t No Mountain’ – The David Letterman Show, 2014

Franklin not only knew how to cover the classics but could take a more modern tune and turn it into a performance of monumental proportions. That is exactly what she did during her appearance on Letterman in 2014 when she seamlessly intertwined Adele‘s ‘Rolling In The Deep’ with sixties classic, ‘Ain’t no Mountain High Enough.’ A performance of show-stopping heights.

This impromptu moment between Aretha Franklin and Smokey Robinson is so gorgeous in its simplicity. Just two voices and a piano, this performance reflective of Franklin‘s natural ability to deliver such flawlessness at the drop of a hat.

‘Something He Can Feel’ – The Mightnight Special, 1976

There is something so euphoric about Franklin‘s performance of ‘Something He Can Feel’ on The Midnight Special. The smile that she gives the audience is infectious as if at that moment she has all that she needs. 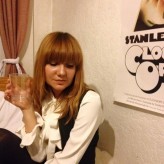 After graduating with a degree in English with Creative Writing, Eleanor began writing freelance for various music magazines and websites including Soyoung, Clash, The Line of Best Fit and See You Mate. Her journalistic writing has spanned a vast variety of styles, including in-depth long-reads, snappy Q&As and detailed low downs on various music scenes. As an editorial Intern at Music Crowns, she spends her time penning thoughtful and engaging articles - from round-ups of the hottest tracks to uncovering underground gems.