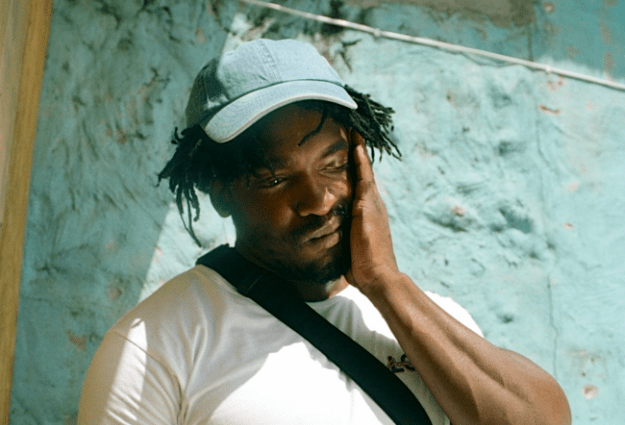 [vc_row el_class=”interview”][vc_column][vc_column_text el_class=”intro-text”]The most liked comment on a YouTube video of Hak Baker performing an acoustic rendition of his track ‘Tom’ simply reads: “Wow this is not what I expected from the thumbnail”. You can call it what you like, there’s no denying that some are taken aback when they first see and hear Hak in unison. He’s the first to admit it. “I don’t look how I’m supposed to sound. I don’t know how the fuck I’m supposed to sound but it definitely shocks people” he tells me bluntly. Hak has a thick cockney accent, a face full of short, messy dreads held back by a bandana and is wearing a full black Nike tracksuit in this particular video – a look, I suppose you could say, that’s not typically associated with the delicate plucking of guitar strings. Does he care about your preconceived notions when you first lay eyes on him? No. Not even a little bit.[/vc_column_text][vc_video link=”https://www.youtube.com/watch?v=HrzdeF-WjxA”][vc_column_text]

“Fucking hell – apparently” Hak responds when I ask him if music is his full-time job now. “I’ve never had a day job in my life” he continues. “Actually, I worked in Clinton Cards for three weeks. My sister was the supervisor there and she got me the job to try and stop me from going to prison. It didn’t work”.

Hak has a tendency toward transparency you see. It’s as pronounced in his music as it is in the way he speaks. His first look into the music industry was as part of the Channel-U fame grime collective, Bomb Squad. “We were supposed to make something of [Bomb Squad], but life was getting ahead. We weren’t going to the studio when we were supposed to. We had some geezer that was trying to manage us and it just wasn’t working. He just said ‘I can’t do this with you boys anymore’”. He laughs. “We just wanted to go out and pull. We didn’t really want to go to the studio, thank you very much.”

Fast forward to 2018, via ten turbulent years and several run-ins with the law, and Hak is selling out shows as an acoustic musician in a style he’ll tell you is ‘G-Folk’. Hak’s Misfits EP, which came out last year, is a brilliant and courageous collection of songs – raw and relentlessly honest. A statement of anti-authoritarian resistance (‘Quaser’), a gut-wrenching letter to lost friend (‘Tom’), a nostalgic ode to the East End (‘Conundrum’), an all-too-real post-rave chronicle (‘7am’) – his debut unfurls like a memoir, played out against a backdrop of economic and social inequalities.

[/vc_column_text][vc_video link=”https://youtu.be/3omc3Iv5t7g”][vc_column_text el_class=”large-quote”]”The end goal is to feel the happiness I did when I was between the age of fifteen and eighteen.“[/vc_column_text][vc_column_text]He explains to me: “Now, I know that I’m writing lyrics for myself. Directly for myself, about how I’m feeling. I guess that’s the biggest contrast [to Bomb Squad]. I know what I’m talking about now and I’m not talking bollocks.”

Hak was born and bred on the Isle of Dogs; an area in the east end of London that has gone from a poor working class area with a docking industry and maritime history, to one of London’s business nerve centres. He tells me that growing up there taught him everything he knows about morals and about friendship. He ran riot at school, eventually getting thrown out along with many of the other “top boys and top girls” or “cool delinquents” as he describes him and his friends. Not long after being expelled from the school system, at the age of fifteen he was also kicked out of home. Jumping from hostels to bedsits and sofa surfing along the way. He proudly remembers being a teenager and getting evicted after just twenty-nine days from a “lovely three bedroom house” where he and his friend were staying.

While on paper, it doesn’t sound as though you would, Hak remembers those most reckless years fondly and longingly. “Those were the best days of my life” he explains. We talk about the days that he and his friends would make fast cash and immediately blow it on clothes and in East End clubs like Mile End’s Purple E3 (this place has one review on Yelp from 2008 that simply says: “Purple E3, aka the dodgiest club on the planet.”) “We’d get back to the flat, broke and drunk, and the flat was a state” he remembers. “The window was broken and there was no central heating so we’d all just cuddle each other to keep warm. We loved each other man. It was just a feeling really. We all felt safe being with our mates. We were young and fucking wild and we were living the dream. The end goal is to feel the happiness I did when I was between the age of fifteen and eighteen. But that was all before everyone started getting nicked and going to jail and a couple of the lads died. After that it was just like ‘fucking hell’”.[/vc_column_text][vc_column_text el_class=”large-quote”]”It’s for the lads and the ladettes – the ones from scum places that smashed through school, smashed through their teens and don’t really know what’s going on.”[/vc_column_text][vc_column_text]The stories he recalls are chaotic – almost anarchic – like a helter-skelter middle ground somewhere in between The Young Ones and Britain’s Worst Teenager. Somewhat inevitably, Hak’s lawlessness and wild abandon eventually landed him in jail too.

It wasn’t entirely unproductive though. It was in prison that Hak first picked up a guitar – his chequered history providing inspiration. When he was finally released, a girl he was involved with bought him his own guitar. “I didn’t have a bank account or anything” he recalls. “I mean I gave her the cash back but she bought it for me initially. Then, this other girl I was seeing at the time showed me Daughter’s music – this tune called ‘Youth’. I thought this is the song I’m going to learn – it’s perfect for me. After that I just started to play all the time.”

Some say that music is the most effective anaesthetic to the pain of incarceration, although it’s important to note that Hak doesn’t write redemption songs. In fact, we speak about what he thinks he would be doing now were it not for his music taking off. “I’d be back in jail for some foolishness by now. 100%” he tells me without hesitation. It’s got nothing to do with redeeming himself. He explains: “It’s for the lads and the ladettes – the ones from scum places that smashed through school, smashed through their teens and don’t really know what’s going on. It’s to show them they can do it and do it their way and get all the way there. I mean, I’m far from all the way there, but I’ve got my foot keeping the door ajar”.

I’d say he’s doing more than keeping it ajar. In the past year, both before and after the release of Misfits, Hak’s been earning enormous plaudits throughout the industry, selling out headline shows and has worked alongside Skepta as part of the Levi’s Music Project. He’s developed a unique and distinctive fingerprint and has an exceptional ability to use it to stir the soul. Disarmingly honest, it seems as though nothing could undermine the sincerity of what he creates and he makes it clear throughout our conversation that he’s determined to maintain his artistic integrity.

[/vc_column_text][vc_video link=”https://youtu.be/nF40ZlUxL6k”][vc_column_text el_class=”large-quote”]”I feel like I’m a kid and I have no worries again.“[/vc_column_text][vc_column_text]The idea that art shouldn’t be toyed with to appease a certain market isn’t a new idea. A lot of musicians would tell you it’s critical that an artist “stay true to their vision”. But a lot, I imagine, could be swayed given the right circumstances. Hak and I spent around three hours together and the more time passed by, the more confident I became that he was not one of those artists. I’d put money on it – and I’d have put money on it even if he hadn’t have told me that Stormzy’s collaboration with Little Mix was “too fucking much”. We spoke about what he means by that. He means the exchanging of credibility for commercial immortality and, realistically, a big fat paycheck.

“I don’t know that world. I don’t like that world. I don’t understand that world” he tells me. “Anyone that’s tried to intercept my new world now with that shit – I don’t let them in. A lot of people have tried. I pay for everything myself. If we need a video, I’ll pay for it myself. I might swindle a grant here and there but other than that it’s all me. If I collaborate with someone, I want them to understand that I’m not going to change what I’m doing because the lyrics I spray are so honest and that’s not gonna change. What’s the point? Fuck that.”

It’s this unwillingness to compromise the truth that makes Hak so likeable and allows his music to resonate so effortlessly. “I’m not lying” he says confidently. “I’m just talking. People understand that my music is for them. It’s not me going on about how great or how cool or I am. I’m just telling you what’s going on and what I’m doing and that I know you do it too because everybody does it. The shit times, the good times, the times in the middle. I think people want that.”

I tell him that he’s clearly doing something right and ask him if he knows what that is. “Fuck knows, you tell me” he responds. “I’ve never been this happy in my life. Apart from when I was a kid and I had no worries. In a way, I feel like I’m a kid and I have no worries again. I literally do what I want to do every day. I mean, I’ve always done whatever I’ve wanted anyway but now, I know where I’m going.”

Wherever Hak is going, it doesn’t look like he’ll be going alone. 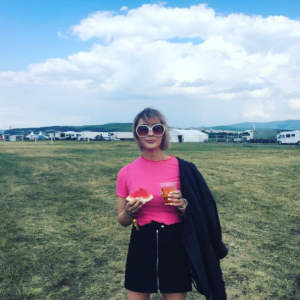 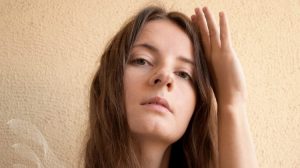 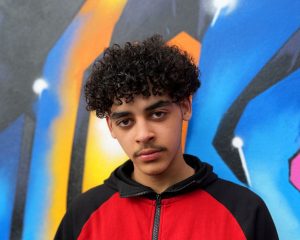 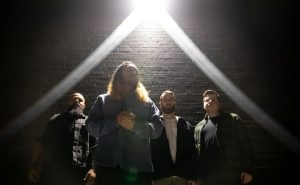 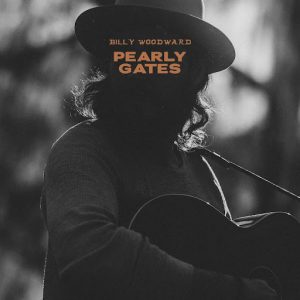