Emerging artist Missingno. recently released a gem ‘Dirty Beach’, whilst the alt-hip hop artist is still navigating through-out his music we sit down with the artist to get to know him a little bit more.

You just released ‘Dirty Beach’ can you tell us about it?

Initially, I made the Dirty Beach instrumental for someone who wanted a beat from me but he ended up wanting something that was more trap, so I used it myself. In writing the song I thought about my experiences at the beach as a child cause that’s the feeling that the instrumental gave me. I didn’t approach it with a “beach song” in mind, it just kinda popped up in my head. The only beach I really remember going to while in New York was Coney Island and it…wasn’t super clean from what I can remember, but that’s New York for you. I also had Dirty Beach for at least a year before I released it because the timing wasn’t right. However, I was still performing it.

The video was really cool to shoot. It’s only the 2nd music video I’ve released, the first video for my song, Mood, was just released in June of this year. I think that me, Tiqua (my girlfriend), and Jack (videographer) were really able to take what we learned from shooting Mood and improve upon it for Dirty Beach. I’m actually really happy with how it turned out and how we were able to execute on the whole reporter concept. I’ve heard some feedback on the video that it may be too long for people to watch from an underground / unknown artist and I do agree with them, but we weren’t approaching this from the standpoint of “how do we structure the video to maximize potential view time” I think we were just trying to make something cool.

Were you a big fan of Pokemon? If so, which character are you?

I definitely was. Not as much nowadays, but the game impacted me so much as a child that I’ll always be inspired by and partial to Pokemon-related things. It’s nostalgic for me to reach back and just make music about the things that mattered to me as I grew up, which was games. I wasn’t really concerned about normal shit (sports, relationships, drugs, etc.) I just chilled and nerded out with my brother.

As for which Pokémon I think I am (this question was funny to think about)…I’d say Croagunk cause it’s chill, kinda goofy, and has dry skin. I think that encapsulates me.

What are you working on now?

Shit, business-related things. Getting a website, understanding my brand, who I’m trying to reach, growing my audience, getting merch, trying to actually start making some income from all this (not directly from the music though, I know that that’s quite a while away).

Musically, I’ve been playing with some eerie sounding instrumentals, nothing solid yet but that’s what I’m exploring right now.

What can we expect from you in the future?

I plan on releasing two cover songs, but I’m not sure when yet. I feel like in some aspects releasing a cover is more daunting than releasing my own material cause it’s like I have to, at the very least, live up to the original song. If I don’t, then it’s almost disrespectful to the original artist to take their song and make it suck. So, I have to try my absolute hardest to avoid that.

I also have some singles that I’m simultaneously really excited to release but also want to hold onto until I have a perfect release plan. I don’t think I’ve ever seriously been excited to release a song before, so it’s like unexplored territory for me. I think it’s some of the best music I’ve made so far.

How do you manage to stay creative in these times?

Hell if I know. During the beginning of the quarantine I was making more music and being creative and all that good jazz but since I’ve switched gears to handling more business-related things I haven’t created as much. I just recently got back into it with the whole “spooky” beats thing, being that Halloween is coming up. When it comes down to it, you just gotta force yourself to do it. But truthfully I know that it isn’t the best advice or the most helpful, so I’ll share what usually happens to me: I procrastinate long enough for me to actively hate myself for procrastinating and eventually drag myself in front of my laptop. Not the healthiest way to be creative but it’s what I’ve done.

Favourite rap artist today? And why? 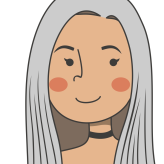 0
October 27, 2020
Interviews, Interviews
No Comments Yet