Originally one of the members of hip hop group Millaz, who rose to stardom in Dublin the late aughts with singles such as ‘She’s A Hustler’ and ‘African Woman’, OG The Story amassed a cult following in Ireland, whilst also staying proud of their African heritage.

Raised in Lagos, OG The Story’s real name Olusegun Gbadebo translates to “The Lord conquers, bring the crown” in Yoruba. The Irish Nigerian rapper is a passionate individual who will reach his highest potential and help others do the same, a beacon of hope he empowers the youth of today and tackles youth violence in his community.

Wanting a fresh start, OG The Story predominantly stepped down from the music scene to experience new ventures and explore the world. These explorations took him to vast parts of the world such as the Middle East and Africa. The time away allowed OG The Story to reinvent himself and find the fire again inside.

Onto newfound journeys it was time for him to return home to Dublin and record his new EP ‘Evolution By Any Means’ which includes tracks such as ‘Irish Resident’ and ‘Six Sides’, which features artist Lolo.

His new EP is driven by themes of heritage and identity but also one of self- love. Just like he was inspired by legends such as Notorious BIG and Bob Marley, he hopes to inspire his listeners with his insightful and emotive journeys, one of the ways he does this is through his captivating storytelling and his infectious flow.

Speaking about the inspiration behind his ‘Evolution By Any Means’ EP, OG The Story says,
“This project is about self-expression and striving to be the best version of myself, which has led me to explore key themes including identity, consciousness, and self-love.

This EP is telling the story of my journey to achieve my highest potential, while delving into a variety of life experiences with the insights and lessons gained from them. The relationship between the individual and community is also touched on in parallel to the key themes of the project, with the hope to inspire others to be their best selves”.

Listen to ‘Evolution By Any Means’ below! 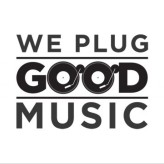