Both were Tracks of the Day on BBC Introducing – The South and ‘No Company’ even grabbed the attention of Sir Elton John who added it to his Rocket Hour show commenting, “Sixteen year old Amber T – how brilliant is she”.

Amber followed these singles with her first 2021 release ‘Shaken’, which she co-wrote over zoom with friends Galaxy Thief during lockdown.

The song was featured on Record Of The Day and played 6 times across the BBC Introducing Platform and numerous other stations across the UK including College Radio adding up to over 1000 plays.

Amber returns with her latest single ‘Get Me’

‘Get Me’ begins with smooth riffs and catchy percussion before Amber T shines with a beautiful vocal performance.

The song then dials things up a notch as the tempo increases and Amber shifts over to energetic vocals.

Written by Amber and recorded at RYP studios with Producer Michael Smith and mastered by ‘Hippy’ Baldwin at Metropolis Studios.

Live drums are courtesy of Joey Walker (The Pylons) and guitar / vocals from Amber and Michael who added bass / keys.

Amber is their youngest Ambassador and she continues to represent young female artists in the music industry where ever possible.

Self taught on guitar / keyboards Amber started performing from the age of 8 at Local open Mics and started songwriting aged 13.

At 15 she co-wrote her debut song “Tick Tock” with legendary Music Producer Dr Zeus and was interviewed on BBC Radio 1 and BBC South East News.

The music video received 1.5 million views on youtube within 2 days of release.

She has clocked up over 200 live gigs including a sell out headline show for Teenage Cancer Trust and during last years Lockdown she was kept busy by doing live stream performances for RoboMagic, Live Nation, Live Nation Middle East, Camden Live and many others.

Thankfully 2021 is beginning to open up to performing live and you will be able to see Amber perform at various festivals across the UK this summer, details of which are provided below. 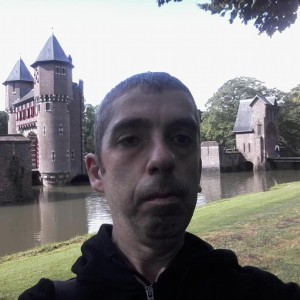