Eastern European producer Meni McFly now resides in Sweden & is making a name for himself in the Lo-Fi genre, a genre that has exploded with the global pandemic as people turn to it to accompany work and study, for sleeping and for just to relax and chill out.

Lo-fi refers to (low-fidelity) production quality in which aspects usually regarded as imperfections of a recording or performance are audible, sometimes as a deliberate aesthetic choice.

The acronym LO-FI, according to its creator Eric Mathews, stands for “low fidelity.” This is a type of sound recording that contains technical flaws that make the recording sound differently compared to the live sound being recorded, such as distortion, hum, background noise, or limited frequency response.

It’s a genre of music produced with low-fidelity signals, typically re-creating the hiss, warble and saturation of recordings made with a tape machine. Most lo-fi music draws on hip-hop influences—especially its typical drum patterns. 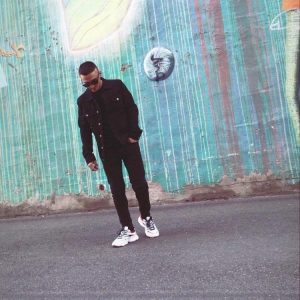 As the tracks will demonstrate – Lofi’s simplicity and ability to help listeners focus are some of its main selling points. … Lofi hip-hop is calming, soothing and relaxing to listen to. It can help you de-stress and clear your mind, make you focus and to forget your problems or deal with them in a better way that makes you feel more at peace.

Since lo-fi is presented as studying or sleeping music, it implies that the music isn’t meant to be the focus of someone’s attention. … Even though playlists suggest that lo-fi is good for sleeping, it can just take you to another mind zone just sitting by the window, watching the world outside – mind chill!

Music subconsciously sets you up in the mood for different things that go from partying, to studying or sleeping and McFly’s beats certainly do this.