Nova Radio North East 102.5FM in Newcastle-UK dedicates one hour per week to a show called Incognito Groove which has called my attention. Last Friday the guest was a Romanian DJ and music producer named Iulian Badea and, as always, we are here to bring you some of the hottest news and nicest not-that-easy music to find so.. Yes! You will be able to listen to this DJ set here in the Music Crowns.

But who is Mr Badea? Well, Iulian Badea’s latest release is Violin & Wine, on Under Pressure Recordings #028, and it was released during the Amsterdam Dance Event – last October. Recently he took over as the A&R of the renowned Dilated Records and settled in Newcastle-UK to study sound engineering at the Northern Academy of Music Education. Later he was invited to be a resident on the Incognito Groove show and that’s how this DJ set ends up here.  Let’s dive right in and get to know more about this artist!

“The freedom to create and express myself is what I use to make people smile and feel special. A dance floor that smiles has the energy to remain forever in people’s hearts and minds”

Iulian Badea was a resident DJ at Dava Festival in Romania and played the Unusual Suspects Takeover, in the legendary Egg London, Playground Festival and Moonlight in Timisoara. The guy is no stranger in the industry and recently was featured in DJ Mag Brasil, the source of this information.

Warm, calm and very groovy, but at the same time very energetic, sometimes even a little strange, but in a good sense. It’s slightly different from what is happening around and it may be referred to as having his attitude, something like a Deep-Tech-Rominimal with Tech-House influences. Iulian Badea’s DJ set usually features only his music but it wouldn’t be a surprise to listen to some of his references such as Marco Carola, Paco Osuna, Gruuvelement’s, Joseph Capriati, WAFF, Michel Bibi, Mihai Popoviciu…

His love for electronic music comes from an early job:

“In 2004-2005 I was learning to play, doing the warm up in a new club… The owner had an impressive collection of electronic music from Germany, Spain, UK and little by little I found myself in love with house music”.  He comments, the equipment in 2004, countryside of Romania wasn’t what you see today: “there were no CDJ, we were mixing on CD decks, so no master tempo, no speed adjustment, the possibilities were limited. I learned a lot there”.

Interested? Get to know Iulian Badea’s discography on Spotify, his newest DJ sets on Soundcloud and, if you want, also follow him on social media @iulianbadeaofficial 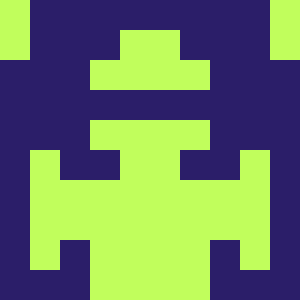 Nazen Carneiro has been involved in the music industry since the early 2000s promoting Punk Rock Hardcore and later Acid Techno, House and Psy Trance events such as Earthdance Curitiba, Free Zone and others. This 15+ years experienced Public Relations is a specialist in the entertainment industry who writes regularly for DJ Mag LatinoAmerica, DJ Mag Brasil, Music Crowns, House Mag, DJ Profile and several other medias in Portuguese, Spanish and English. Former 'international correspondent' for the Brazilian newspaper Gazeta do Povo in the Middle East, Nazen Carneiro has built a strong network worldwide and is now based in Rio de Janeiro, where leads all businesses of NZPR Public Relations. Besides all this cooking and beach games are among preferred activities too!