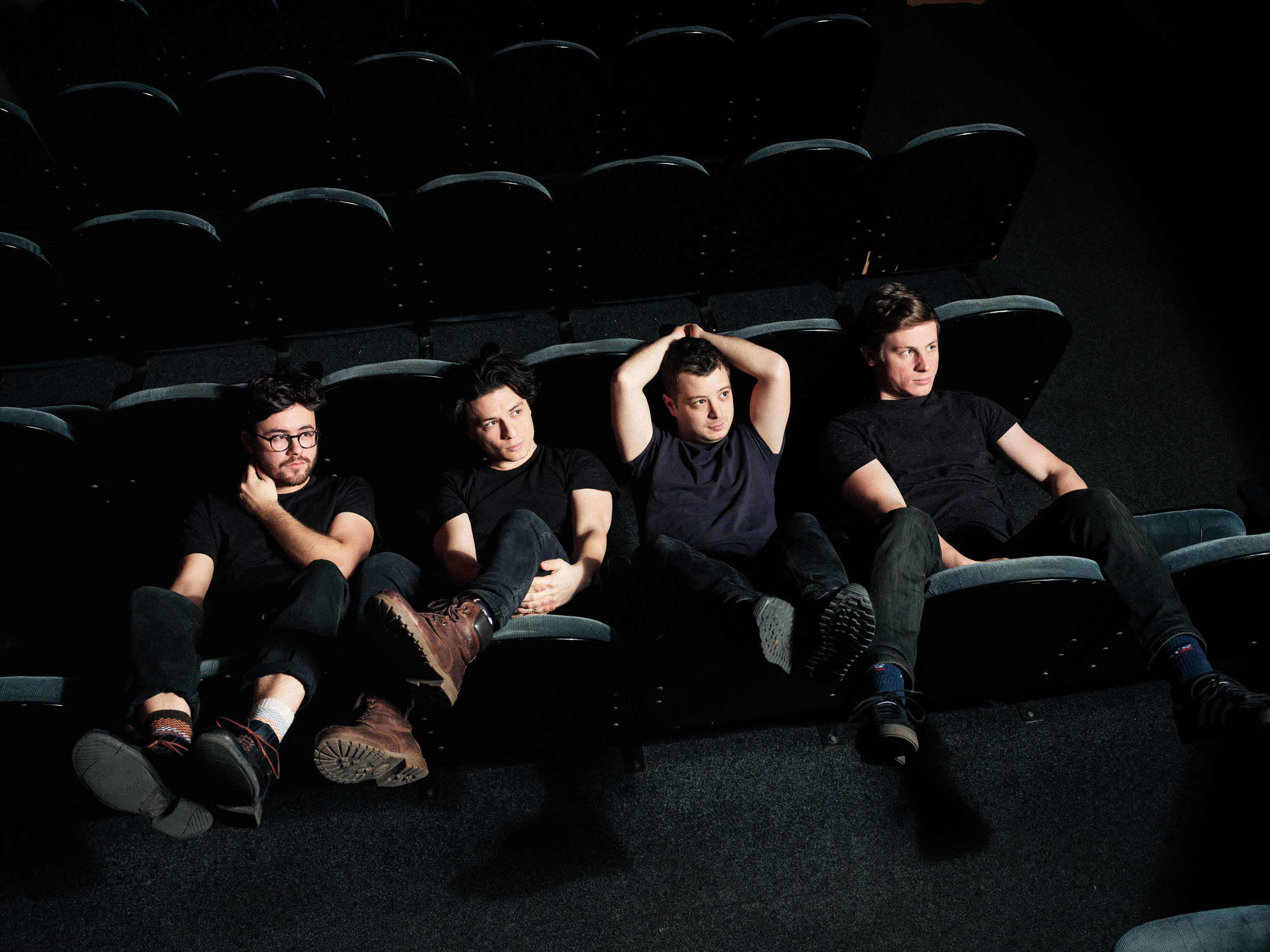 Platon Karataev, named after a Leo Tolstoy character, was formed in 2016. The Budapest-based band released Orange Nights EP in October 2016. Their first single, ‘Elevator’ received huge attention and ranked high on Spotify’s German viral playlist and also on the UK viral playlist. In 2017 their debut LP, ‘For Her’ was released in three parts. The album not only received positive feedback from local critics but also brought along new international followers, which resulted in Platon Karataev becoming one of the most streamed Hungarian artists.

In less than a year, ‘For Her’ was streamed more than 4 million times on Spotify, mostly from Germany, the UK, and the USA.

Since 2018 the band has had three Europe tours, playing at Reeperbahn, Liverpool Sound City, Zandari Festa in Seoul, Sziget Festival, and Waves Vienna.

Last year Platon Karataev was selected as an INES#talent 2019. Within this programme, 100 emerging bands – selected from 3000 applicants – were chosen to perform at various European showcase festivals. The band is releasing their second LP ‘Atoms‘ this Friday, June 5th 2020.

This new material sees the band moving away from their softer, acoustic sounding first LP towards a more louder, more complex sound. ‘Atoms’ is about searching after your innermost self and also about questioning everything.

Throughout each song there is a sense of falling – either towards yourself or away from it. Catharsis is a key idea in the album, something one experiences when approaching the inner self, the core. During the past two years the band have experienced this encounter while writing songs for the LP. The album itself reflects a sort of emptiness, focusing on states of abandonment and the sense of floating. It also resolves an anxiety stemming from questioning former values. A never ending wrestle with transcendent beings as we are all “splinters in God’s numb palm”.

Song by song the band explain the meaning behind each one…

Ex Nihilo: Ex nihilo nihil fit – nothing comes from nothing. I have no idea where the songs of our second album emerged from but I am seeking to find that place. In this raw, mantra-like song there is a certain energy which we as a band first discovered while playing the song together.

Atoms: The new album’s songs focus on themes such as loneliness, shivering, numbness. These themes are specifically present in ‘Atoms’, which is why we chose it as the title of the album. This title also refers to the idea that each song on the album is an individual shivering atom on its own.

Wide Eyes: This song is a wandering through the straight labyrinth, it is about the feeling of being lost, about the burden of possibilities, and about the numbing power of freedom. There is a constant dichotomy present in the song, struggles with paradox elements – presented through images like how our eyes react the same way to fear and also to wonder: pupils widen.

Ocean: Ocean depicts a certain emptiness, it focuses on the state of floating and the feeling of being left behind. It also resolves an anxiety which stems from questioning former values; it is in a way a wrestle with the transcendent.

Psalmus: The best way to summarise this song is by quoting Hermann Hesse: ‘We create gods and struggle with them, and they bless us.’

Aphelion: Aphelion, in astronomy, is the point in the orbit of a planet or comet that is most distant from the Sun. This song is about drifting away from oneself, about the feeling of reflecting on our own lives from a distant perspective, experiencing a strong pull from a ‘spiral of nothing’. Feeling as if we cannot escape the feast at the nadir. Realising that the self is ‘a paraphrase of silence, floating over nameless days’.

Wolf Throats: The main guitar theme here is built on elements of Hungarian folk music. While writing the song I played my guitar in an unusual tuning and used it more like a zither than a guitar. The final version of the song is a very exciting mix of Hungarian folk components and psychedelic rock/indie music. To me, this song has a very archaic, ancient pulse – when it emerged from me I couldn’t even identify where it came from, perhaps from a hidden part of the collective unconscious. The song is about the paradox of freedom: when our mind is free, freedom itself and the realm of possibilities might seem frightening so it’s easy to escape and run back to our comfort zone. This will lead us to a constant struggle – when aiming to discover something new/unknown there will always be something holding us back. The song is about this upward falling – when everything is questioned and loses its meaning.

Disguise: This song is about the disguise we wear when we want to please the other so much that we forget who we actually are. In most cases one has to be extremely bold to stay ‘naked but only this can lead to true relationships and true self-image.

Litmus Heart: Litmus Heart is about growing cold towards the other. At the same time there is a certain warmth present throughout the song. This paradox is in fact what fuels the song itself.

Bitter Steps: A late night walk when everything weighs heavy on oneself. The lyrics of this song were influenced by Pessoa, Nietzsche, and Pilinszky. If one dives too deep, one collapses. If one flies too high, one runs out of air. We walk on this earth together, carrying our heavy bodies. At this point there is a 3 minute pause.