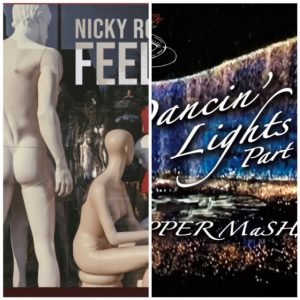 Two Icons of the DANCE world have new music out today! Dance Diva Pepper Mashay and DJ/Producer Nicky Roland  release new music for Pride Month and the beginning of Summer. These songs will drive you to get up and shake it about a bit.

Dancin’ Lights Part 2 is the first new dance song in a few years, best known for her hit Dive In The Pool which was the Anthem for The American Verison of Queer As Folk was at the Top of The Pops  along with Top of The Charts .  Her latest has already been in the tops of the charts with Starfleet Music Record Pool.

Feel It’  from DJ Producer legend Nicky Roland is the quintessential disco down vibed song your ears need. A song that would have packed the floor at Studio 54!  Nickys  Dance Music legacy started with Dance Nights  Underground Clubs in the UK rivalling those of the Ministry of Dance.

Growing up in London, Nicky was at the forefront of the Underground party scene in the early 90’s working with the legendary Party Group Coalesce Sound and Vision. Organising what was labelled as the best House Nights in the UK. Now residing in Denver CO he continues to release those Retro inspired hits.

“I’d been thinking of doing a Nu Disco track for a while and had been listening to Suki Soul (by far one of the most talented singers on the scene today) quite a lot. I also love the dreamy trippy sounds of Daft Punk and the vocals Benoit & Sergio used in the $100 bill (all of them greatly influenced the outcome of this track). I didn’t necessarily set out with this idea of this being the one, but it certainly morphed into that. I was working on a YouTube tute to show my workflow, but as I developed the drums, and layered on the baseline I realised that it was far too good to be used as a tute. When making music I often feel like I’m just a passenger blowing the dust away to reveal what it wants to be. That was definitely the case for Feel It, it’s a far more subconscious process than a conscious one. It’s often only after the event that I look back and realise, oh yeah, I was influenced by this song, or that artist.”

Pepper MaShay is a five-time Top 10 Billboard charting artist who was influenced by the 70s music scene. Pepper changed her life’s journey from journalist to singer after getting on stage to perform her own songs and finding an instant connection with the audience. Starting out as a session singer in Los Angeles, Pepper sang for the likes of Tina Turner, Cher, Mick Jagger, Keb’ Mo’, and Celine Dion.

“I Wrote Dancin Lights Part.2 Because I was a Fan Of “Dancing With The Stars’. I Always Wanted To See If I Could Get A Song As A Theme For The Show.  And then The Economy SlowDown, the Pandemic Happened, and It just stopped me dead  In my tracks until I met my Co-writer Of the Song Marisol Cabrera from Cuba ,whom I met while doing  Tampa Pride. I asked her if she would join me, and create a Latin Sound for The Track in which She Did  Perfectly.  And now we have 11 tracks that are Brilliant in their own way to get People out of their Post Pandemic Blues  And up on their feet. It’s Time To Get People On Their Feet and Dance.”

Stream these Summer Banging hits everywhere that you stream music, add it to your Personal Playlist.  Make sure to follow them on social media for updates and  exclusive behind the scenes looks.

Make sure you check out these other Brilliant Artists too and add them to your Personal Playlist:  Kish Kollectiv, Sarah Sunday, Pinhead, Michael Suess. Lil Joe, Guy Snowdon and Tay Solo. Never Pigeon Hole Your Music 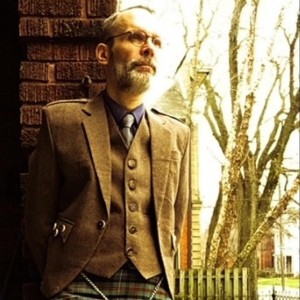