With an enormous amount of praise landing in for his previously shared efforts of late, emerging singer and songwriter Ulrik Munther has now released his long-awaited debut album ‘Put Your Self Out There’.

Taking his cues from the likes of Ben Howard and Bon Iver, ‘Put Your Self Out There’ makes for a beautifully captivating collection. With his beautifully distinct voice layered over a mix of seductive compositions and ethereal tones, he is cementing himself as a true innovator on the new music scene right now.

While originally signed as a teenager to Universal Music in Sweden after winning the prestigious Melody Grand Prix Nordic competition with an original song, he also achieved viral fame with his endearing cover of Lady Gaga’s ‘Born This Way’. But his newest work is what he remains most proud of, showing him as an artist is true spirit and heart with everything he creates.

Enjoy Ulrik Munther’s debut album ‘Put Your Self Out There’ below. 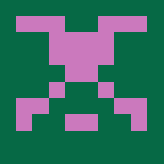 Huge supporter of unsigned and independent music especially in East London. Loves trying cocktails, talking about football and cricket when conversation isn't about music and relies too heavily on coffee and cigarettes. Starting the gym next week...