“The inspiration behind Sell My Soul came from what people did or would be willing to do for money during quarantine in April. I myself had to work three jobs to keep from feeling insecure in a time of uncertainty. While others decided to take some unsavory paths, which were also very tempting to me. In the end, would those less savory paths be worth “selling your soul” over, and what is the dollar really worth? With the help of my producer/co-writer Corey Lawson, I feel we were able to capture the meaning of the lyrics with a driving bluesy melody and dark tone,” Laurr explains.

You can watch the lyric video for Sell My Soul below.

Laurr’s musical inspirations derive from the wide spectrum of genres her parents would listen to throughout her life. From Sublime, The Red Hot Chili Peppers, and Amy Winehouse, to Jamey Johnson and Johnny Cash. Laurr believes that these artists have helped her develop her own unique sound. She hopes to break barriers and not limit herself to any one specific genre, and maybe even create her own genre along the way. 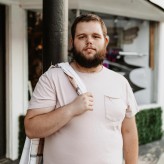