Born in 1942, Aretha Franklin went on to earn the title ‘The Queen of Soul’ for her services to music since the late ’60s. Having signed to Atlantic Records in 1967, she achieved huge success with songs including ‘Spanish Harlem’, ‘I Say a Little Prayer’ and ‘(You Make Me Feel Like) A Natural Woman.’

She first sang as part of a gospel at a Detroit church where her father, C.L, was the pastor before embarking upon a full-time career in 1960. Franklin cared for C.L. after he was shot twice at point blank range in his Detroit home in 1979 right up until his death in 1984.

Her representative, Gwendolyn Quinn, said she died on Thursday. The cause was advanced pancreatic cancer.

One of the world’s best-known soul singers, she is understood to have passed away at her home in Detroit, Michigan. She had cancelled recent shows due to ill health and was later reported to be seriously ill.

Franklin, who was ranked by Rolling Stone as the greatest singer of all time, was one of the most honoured singers of the 20th century and 21st century. 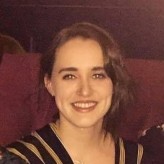 At Music Crowns, Tayler’s role as Social Media Content Manager is to source, create and curate social content for new and existing viewers. It is her job to act as the eyes and ears for the team on what’s trending on social media and since joining, she has amassed a wealth of viral successes. Prior to training in social media and digital marketing, she has a history of playing in bands and has a degree in sound engineering.