Malibu Nights is a 3-piece electronic rock band, and the brainchild of frontman/ composer Levi Garrett Smith, with Cody Kuehl on drums and Matthew Shaw on guitars. They hail from Denver, Colorado and bring with them a formidable and fun sound, with momentum in their tracks and electric energy on the stage.

They have just dropped a video for their single “Callie”. The song is a dancy synthwave track showcasing singer and composer Levi Garrett Smith’s vocal and songwriting skills. “We marinated on this song for several years, through freezing cold practice sessions and lineup changes,” explains Smith, “This song embodies the concept of freedom at no expense, an ode to always ‘choose again’.”

“Callie” is part of the 4 track EP, Golden Vol. 1,  which is out now.  Along with the single, the band has released a music video for “Callie”. The video was a d.i.y. shoot and a true labor of love for Malibu Nights. “The video was shot over a straight 30 hour session at our drummers ranch in Longmont, Colorado,” explains the band, “We built the interior blackout room in his barn, and got the outdoor shots at his back creek. Many man hours were sacrificed to accomplish this synthwave cult classic!” 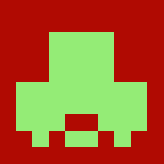