Melodic techno has taken the world and is now one of the most played electronic music subgenres.

It is difficult to make a statement of when exactly a new trend arises, but it can be said that around 2017 there were some releases that fit perfectly in what we call today Melodic Techno. To make it official, so to speak, the new nomenclature was added to Beatport genres in 2018 as Melodic House And Techno, thus leading to the globalization of the expression. Among its most well-known artists are Tale Of Us, Recondite and Stephan Bodzin.

If the number of melodic techno fans grows all over the world, the phenomenon also follows with DJs, music producers and labels. Recently EZEK, based in Brazil and the duo E: CHOES, based in the U.S., have teamed up to create Concept Records with a common goal: to promote this new generation of melodic techno artists. Starting with a VA as featured recently on DJ Mag Brasil, and DJ Mag Latinoamerica. 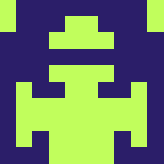 Nazen Carneiro has been involved in the music industry since the early 2000s promoting Punk Rock Hardcore and later Acid Techno, House and Psy Trance events such as Earthdance Curitiba, Free Zone and others.This 15+ years experienced Public Relations is a specialist in the entertainment industry who writes regularly for DJ Mag LatinoAmerica, DJ Mag Brasil, Music Crowns, DJ Profile and several other medias in Portuguese, Spanish and English.Former 'international correspondent' for the Brazilian newspaper Gazeta do Povo in the Middle East, Nazen Carneiro has built a strong network worldwide and is now based in Rio de Janeiro, where leads all businesses of NZPR Public Relations. Besides all this cooking and beach games are among preferred activities too!