With Field Day Festival just around the corner, we’ve collated a list of who you should be checking out this year.

The festival will take place at its new home in Brockwell Park this Friday (1st June) and Saturday (2nd June) and host some of the hottest acts to watch this summer. From attitude-packed grime to ultra-smooth electronic music, Field Day is sure to tickle everyone the right way. Check out the full Field Day line-up here and follow on below to see who you should be watching this year.

To kick off our list we have one of London’s most exciting grime artists at the moment, AJ Tracey. Back in March, the London-native dropped an icy new cut called ‘Mimi‘ which has kept his name in some of the streaming world’s hottest playlists. Catch AJ Tracey on the EYOE‘s stage on Saturday.

Mastermind music producer, Ross From Friends, recently released his Aphelion EP and is set to bring some emotionally-charged electronic vibes to this year’s festival. Ross blends an eclectic mix of skewed shuffling beats with top notch sampling and synth work. He will be playing the Resident Advisor stage before Objekt and Batu on day two.

Described as “the most exciting artist to watch” by Julie Adenuga, IAMDDB is gaining global attention for her fierce blend of hip-hop and soul. The Manchester-native has hit millions of views on YouTube alone with her tracks ‘More‘, ‘Shade‘, ‘Leaned Out‘ and more and is gearing up to blow everyone away on the Dimensions stage this Friday.

As well as being a reason to never judge a book by its cover, East London’s Hak Baker has spent most of his recent years pioneering a blisteringly soulful sound he refers to as G-Folk. With a number of impressive releases, live shows, and online sessions (most notably his COLORS appearance) under his belt Hak is using his relatable lyrics to tell stories of growing up in East London. Catch Hak on Friday playing for SuperdrySounds.

The mysterious Boy Pablo sparked our interest earlier this year with his super-weird, fantastic video for ‘Everytime‘. Having racked up 8 million views on the clip it’s clear we’re not the only ones who fell in love with his quirky personality and melancholy indie-pop sound. Catch him on Saturday. 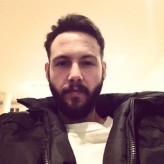