From hits to underrated songs: top-gambling related songs to add to your playlist 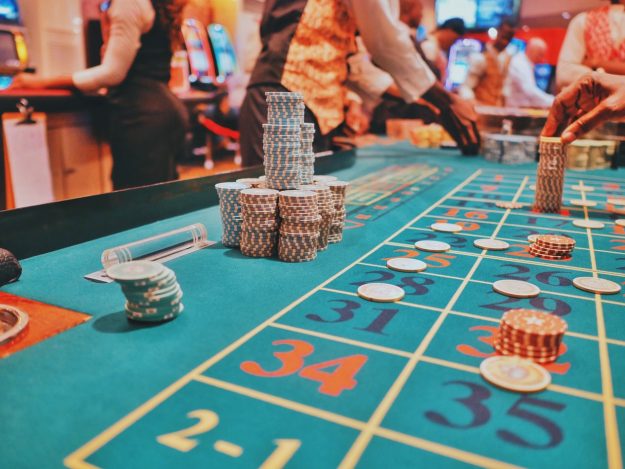 It’s not surprising that gambling receives much attention from popular movies, television shows, and music when considering how common gambling is. Many songs discuss taking chances, while others examine other aspects of gambling. Here are the top 8 songs about gambling that you should put on your playlist right now.

Around ten years ago, Lady Gaga decided to take advantage of the poker craze in the world by launching her career with the number-one single “Poker Face.” The popular poker game and love are contrasted in the song. The song has a lot of poker-fueled words underneath the innuendo and catchy tune, making it great for playing the game.

The Gambler, a song by Kenny Rogers released in 1978, topped the country’s music charts shortly after it was made available. In this timeless song, two strangers converse about poker while on a train. If you wager on popular online casinos featured on https://www.gambleonlineaustralia.com/ this song must be one of the featuref song on your playlist. It teaches you about control while covering more life topics than gambling in some ways.

Viva Las Vegas, sung by Elvis Presley and published in 1964, is a well-known song about gambling. After being released, the timeless hit song sold over 500,000 copies and served as the basis for a film of the same name. It has a lot of grooviness, tempo, and lyrics about casinos, making it a wonderful tune to listen to while playing slots or other casino games.

The Rolling Stones’ The Tumbling Dice is one of their best songs and another iconic gambling tune. This 1972 song features the same groovy guitar sound, slower tempo, and bluesy lyrics as many of their well-known tracks. Although the song never reached the top of the global music charts, it is still one of the best songs about gambling.

The Dealer, a track from Steve Nicks’ 2014 solo album, would fit right in on the classic Fleetwood Mac album. Even though the song was first written in 1979, it wasn’t published until 35 years later. This song addresses the themes of love and regrets with numerous card references.

The legendary gambling song Rambling, Gambling Willie by Bob Dylan is about a risk-taking gambler who wandered across American cities, winning table games and having kids. As you’ll see in the last stanza, the betting guy ultimately pushes his luck to the limit. The song’s message to gamblers is crystal clear: cash out while you’re ahead. It is written elegantly, as are previous Dylan songs.

Since gambling isn’t physically taxing, it sometimes feels like the most accessible money you’ve ever made. These feelings are amply conveyed in the song “An Innocent Man” from the 1983 album. Its peppy and brisk nature makes it ideal for listening to while placing bets online and off.

Stephen Stills’ bluesy effort from his 1979 solo album fully justifies the claim that he is one of his generation’s most under-appreciated guitarists. In contrast to other songs about gambling on this list, Black Queen is unambiguous about its theme because Stephen states it in the first line. It’s just a song about gambling and cards.

Songs play a critical role in setting the mood for casino gambling. What’s your style? Do you like it nice and slow, or are you a rock n’ roll person?