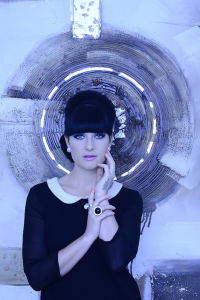 With a huge chorus to showcase Lucy May’s vocals and the fantastic production, ‘Whirlwind’ is one of those tracks that you just get it on first listen. Unfussy, good fun and with a rollicking momentum, it’s a really good introduction to a fine up and coming country pop artist from the UK.

It will be released on March 9th alongside an EP of the same name, and will also be the title track to an album coming in April. Both of which, based on this song, will be well worth a listen for fans of the ever growing genre.

There was a time when US imports dominated the country-pop style, because it orginated on the other side of the Atlantic as an extension of British folk traditions. Now though, Lucy May is here to give Taylor Swift a run for her money. If this is heard in the right places, there’s no reason why she can’t.